Was born in Mannheim, Germany and started his musical education with the Clarinet, Piano, and Bassoon. He studied in Hannover with Prof Thunemann and in Mannheim with Prof. Rinderspacher. He worked with the Deutsche Oper Berlin, the Symphonischen Orchester Berlin, the Nordwestdeutschen Philharmonie in Herford and the Sinfonieorchester Wuppertal.  From 1995 until 2016 he has been working as Principal Bassoon in the Orquestra Metropolitana de Lisboa and teaches Bassoon and chamber music at the Escola súperior da Orquestra and since 2016 as an independent soloist and teacher. He has colaborated with various orchestras such as the Wiener Symphonikern, the Dortmund and Düsseldorf operas, the Bournemouth Symphony Orchestra, the BBC Scottish Symphony Orchestra, the Royal Nacional Scottish Symphony Orchestra, and the Kurpfälzische Kammerorchester Mannheim. He has given various Masterclasses, including the “Universidade Federal de Rio de Janeiro, the 1st Bassoon Festival in Rio de Janeiro 2016 and Sao Paulo 2018, the University of Montevideo/Uruguay, the Summer wind Academy in Mannheim and in Portugal. He plays as a soloist with orchestras such as the Orquestra Metropolitana de Lisboa, the Kurpfälzisches Kammerorchester Mannheim, the SAP Kammerphilharmonie with the bassoon concertos from Weber, Mozart, Hummel, Danzi, Devienne and others. 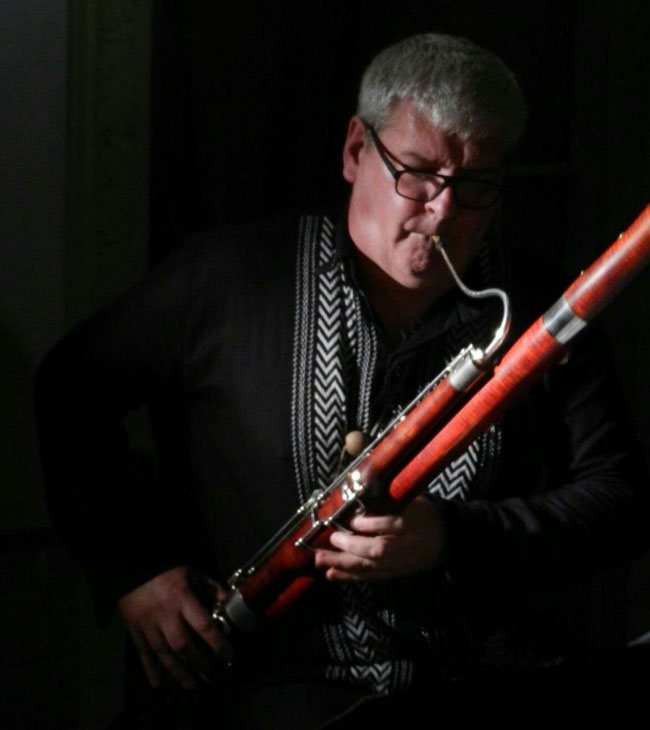 He has also recorded the Duett-Concertino for clarinet, bassoon and orchestra by Richard Strauss for EMI with the Orquestra Metropolitana de Lisboa, the concerto for bassoon by J.N.Hummel, the Mozart concerto with the SAP Kammer Philharmonie, and CDs with the Duo Concertant Lisbon (Bassoon and Piano with Evgeny Ozimkevitch),with his two brothers, the Trio 3D anmd the Trio Cremeloque Lisboa. He also works as a composer and arranger. Several of his compositions and arrangements have been published, recorded on CD and are performed regularly. He has participated in various tours: to England, the Netherlands, Poland, Italy, France, Spain, Macau, South Korea, Thailand, Japan, Austria, China Brasil, and Paraguay. As a soloist and teacher he's working with the Orquestra Filarmonía de Florianopolis (Brasilien) the “Universidade Federal de Rio de Janeiro”, the “Associação  Pu Joa” and the “Universidade de Asunción” (Paraguai).